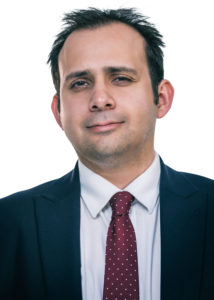 An increasing number of legal challenges are being brought under the 1975 Inheritance Act, which stipulates that “reasonable financial provision” must be made in a parent’s will for the “maintenance” of a child — a definition now increasingly being applied to adult children.

In December 2015, the Supreme Court reserved Judgement in Ilott (Respondent) v The Blue Cross and others (Appellants) [2015] EWCA Civ 797 and is now about to provide much needed clarity.

Mrs Ilott, was awarded about one-third of her late mother’s £486,000 estate despite express instructions given by her mother, Melita Jackson, who left the money to three animal charities.

The sum awarded by the Court of Appeal was to enable Mrs Ilott to purchase her housing association home, (b) the reasonable costs of the purchase, and (c) payments up to a maximum of £20,000 structured in a way that would allow Mrs Ilott to preserve her state benefits.

This decision encouraged ‘disinherited’ adult children to bring claims against the estate of their parents where no financial provision was made for them, even when the circumstances in which the adult child has been left out of provision under the will was explained by the deceased in their will.

The charity sector, which has previously relied on protection from the courts to preserve legacies to them sought permission to appeal so that the law could be clarified.

The issues to be decided

The issues to be decided are (1) whether the Court of Appeal was wrong to set aside the award made at first instance on Mrs Ilott’s claim under the Inheritance (Provision for Family and Dependants) Act 1975. And (2) whether the Court of Appeal was wrong in its approach to the “maintenance” standard under the 1975 Act or was wrong to structure an award under the 1975 Act in a way which allowed the respondent the preserve her entitlement to state benefits.

The heart of the Court of Appeal decision

At the heart of the Court of Appeal’s decision it was no longer the case that an adult child was only successful in bringing a 1975 Act application if their claim involved special circumstances or some moral obligation on the part of the deceased parent. It was held that the existing means of the adult child were not conclusive as to the appropriate level at which they were entitled to be maintained in the future. The Court of Appeal held that the resources of Mrs Ilott were at such a basic level, that they outweighed the importance that would normally be attached to the fact she was an adult child who had been living independently, albeit on benefits, for many years.

The much-awaited judgement will help clarify the rules on claims of grown-up children relating to inheritance and wills, especially where non-family members are involved.

More importantly, if the Court of Appeal decision is upheld then the door will remain firmly open to a generation of feuding children struggling to get on the Property ladder.

Parents are more than ever entering in to elaborate arrangements with their children to shore them up, maintain living standards and or helping a child get on the property ladder. When the parent dies, it is not uncommon for a dispute to arise between siblings as to whether the money was a gift or a loan.

With the recent hike in Court fees and the high expense of legal representation members of the public are resorting to representing themselves in often complex litigation.

There are, however, firms that will accept such cases on a no win, no fee basis and if the Court of Appeal decision is upheld then it is more likely to find quality representation at an affordable price.

What must be remembered is that not every case will be resolved at Trial, parties to a dispute are encouraged to explore alternative dispute resolution such as Mediation which can result in a legally binding settlement that is beneficial to all the parties involved.

At Oliver Fisher we pride ourselves on having grown and evolved to meet the ever changing needs of our customers, to keep pace with the world of technology and ensure that we have the tools to provide the kind of service our customers expect at a price they can afford.