Home > The Dangers of DIY Wills

The Dangers of DIY Wills 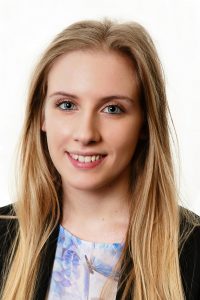 Should I use a Solicitor to draft my Will?

We have all seen the DIY Will packs on sale at WH Smith and other high street retailers and on the face of it, these may seem like a good idea. But beware of the many pitfalls which will inevitably occur when making a Will without the advice of a legal professional! S.9 of the Wills Act 1837 sets out the requirements for a valid Will, although they might seem simple at first glance, you would be surprised at how many are executed wrong and as a consequence are invalid.

Wills & Probate Solicitors at Oliver Fisher has seen DIY Wills with a range of issues, from unsigned and undated Wills to Wills which have been damaged due to improper storage at home. Even smaller cosmetic mistakes like not using your full name or evidence of staple or paperclip marks can cause problems later with the Probate Registries!

More worryingly though, is the higher potential for disputes to arise in the case of DIY Wills particularly where the Will-maker is elderly, because questions as to their mental capacity or true intentions can arise.

If the issue of the Will’s validity is taken to court, this could create huge legal bills which would more than likely be taken out of the estate itself, leaving friends and family with less of an inheritance. For this reason, it is so important to have your Will done by a legal professional as they can assess your mental capacity and get an expert assessment if necessary, which will act as evidence of your mental capacity and deter potential disputes. Even where a person is blind or cannot read or write, legal professionals can add specific clauses to the Will which deal with these situations and help to prevent claims of invalidity being made.

Even where these legal technicalities have been satisfied, you still may not be in the clear! If you have not dealt with the whole of your estate in your Will, then the intestacy rules may kick in and part of your estate could end up going to someone you don’t want it to. Also, depending on your circumstances, there may be certain vital clauses which are crucial for inclusion in the Will which may be missed out in DIY Wills. These clauses include provisions for the care of young children, the running of your businesses or where you are engaged to be married.

At Oliver Fisher Solicitors, we ensure that all the Wills we draft are dealt with by a legal professional, signed and witnessed correctly and are stored in safe custody in our fireproof safe. We advise everyone who decides to make a Will to seek professional legal advice.

So, is a £20 DIY Will pack really worth the potential loss of thousands of pounds in legal fees and your loved ones fighting an open ended dispute in court?

We have a dedicated Wills draftsman who drafts Wills in Kensington, Notting Hill, Holland Park, Queensway, North London, Finchley Central, Barnet and the south in Surrey, Esher, Weybridge and Walton-On-Thames.

See our service page on Wills.