Home > So, who owns the roof and airspace above a purpose-built block of flats or a converted house?

So, who owns the roof and airspace above a purpose-built block of flats or a converted house? 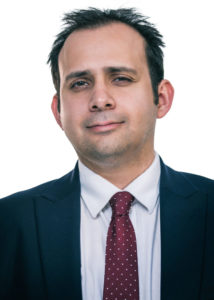 Buyers, current tenants and landlords beware! Whether tenant or landlord you must scrutinise the wording of a lease to determine whether the roof and airspace above are included with the property. Otherwise the roof and airspace could be developed, you prevented from development or the rights let to and / or developed by a third party.

With a badly drafted lease you could find that the extent of premises you thought you owned is rather quite unclear.

The first step is to look at what the lease says it demises. Generally, a lease should demise all the self-contained flat and go on to include items such as ‘the roof’ or the ‘roof space’ and the ‘air space’ above.  If no such inclusion is made then it is wishful thinking to suggest that the roof and airspace is included, even if certain items are included within brackets and seem not to be exhaustive.

The basic rule is that ownership of the roof, it’s space and the air space above should be expressly granted, as otherwise it remains with the Freehold. That said, if silent, it is also a question of fact as to what the common intention was between the original grantor and grantee. As such you must then examine the lease (as a whole) to ascertain who is responsible for the repair of the roof and further a practical analysis of the feasibility / requirement of one or the other owning and controlling the loft space.  Does the tenant have a loft hatch and uninterrupted usage of the loft or does the Landlord maintain control for the purpose of maintaining water tanks and solar panels or like services?

In H Waites Ltd -v- Hambledon Court Ltd [2014] leaseholders owning flats and garages successfully argued that the roof and airspace above the garage blocks was included in the property granted to them under their leases, and was not reserved to a developer with a view to converting it into new flats.

A freeholder of a block of flats and two garage blocks granted a lease of the airspace above the two garage blocks to a developer so he could build a flat over each block. The owners of the flats in the block objected on grounds their leases gave them ownership of parts of the land required for the development. The developer applied to block their challenge.

The flat owners’ leases let the internal shell of the flats and their associated garages to the flat owners. The leases of the flats specifically included the internal walls but excluded ‘the roof foundations and external and main structural parts’. There was no such express exclusion in relation to the garages.

The lease plans and the repairing obligations were unclear as to the extent of the garages that had been let and the developer argued that the intention must have been for the landlord to retain control of the roof and structure of both the flats and garages, particularly as the garage blocks each had a common roof made up of continuous asbestos corrugated sheeting. But the Court held that such an interpretation would involve re-writing the lease and the fact that there were no limitations in the leases as to the extent of each garage indicated there was an intention for the position to be different for the garages than for the flats.

The developer argued that the wording used in relation to the flats – excluding the roof and airspace above them – also applied to the garages.

However, the High Court ruled that the roof and airspaces of the garages were included in the leases to the flat owners because the lease divided the demise of each garage from the garages on either side of it vertically but made no reference to the parts above or below it i.e. any horizontal division. Further one of the lessees of Flat 12 and garage 12 was granted a lease of 999 years and therefore almost a freehold.

It is by no means easy to suggest something that was not included is included, the lease will need to support the assertion. Also, H Waites Ltd -v- Hambledon Court Ltd [2014] was a case decided on its own quite particular facts. Unless you wish to concede selling or having to buy a roof, it’s space and/or air space above for a premium to carry out your plans then take sound legal advice before you buy, convert or chose to defend or bring an action.

Scrutinise the extent of your demise!

If you wish to find out more about our conveyancing services please contact Arman Khosravi on 0203 219 0145 or arman@oliverfisher.co.uk