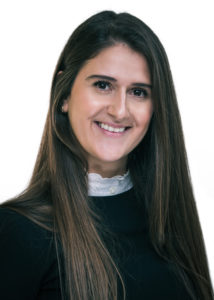 The decision to get divorced is never easy. Ending a marriage doesn’t always mean ending a relationship. For many, especially when there are children involved, the other party will remain a part of their life, well after a decree absolute is pronounced.

Existing convention dictates that ‘blame’ must be apportioned to one spouse for the breakdown of the marriage – the alternative being years of separation.

New legislation attempts to prevent the breakdown of a marriage from descending into a hostile, destabilising ordeal for couples (and their families) by diminishing the burden of blame.

Currently a petitioner is forced to consider and highlight wrongdoing they experienced by their former spouse, in order to obtain the courts’ permission to divorce. However amicable the attempt, we have found that it can leave the respondent with a ‘sour taste in their mouth’. Emotions, during what is an already difficult time, can be heightened by this and can spiral into deeply held resentment, where the psychological wellbeing of both divorcees, and potentially their children, become collateral damage. It can also negatively impact the couple’s ability to make amicable future arrangements.

The Divorce, Dissolution and Separation Bill will allow one spouse, or the couple jointly, to make a Statement of Irretrievable Breakdown, plainly stating that the marriage is at an end without the need for blame; which will be considered conclusive evidence of the breakdown of the marriage. There will be a minimum requirement for a 20-week period, between the initial petition being filed and the court’s pronouncement of a provisional decree (decree nisi); allowing time for the spouse or couple to reflect and then either affirm their decision to go ahead with the divorce, or to reconsider their application.

In 2018 the UK was privy to a Supreme Court ruling that forced a woman to stay married to her husband of 40 years, despite her feeling that their “loveless” marriage had broken down. This reform seeks to also prevent cases like this one – one spouse will be stopped from contesting a divorce, where the other wants one.

Parallel changes are intended to be made to the law governing civil partnerships.

At Oliver Fisher we endeavour to reduce antagonism in divorce proceedings, encouraging our clients to act with compassion. The law cannot prevent the breakdown of a marriage, and this new legislation will not make divorce easy, but if it allows families to focus on an amicable separation, then in our view it is without a doubt, a positive step.

We welcome the Governments’ focus on reforms of the law to reduce the opportunity for hostility and, in particular, their focus on reducing the profound, damaging affect that parental conflict has on families and children.

We look forward to helping as many of our clients as possible to move on from their divorce constructively, and to encourage a new type of relationship that many divorcing spouses must form as co-parents.