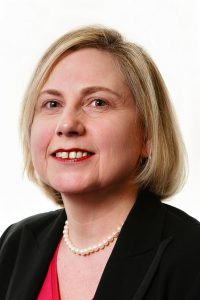 Any conveyancer, estate agent, buyer or seller who has encountered Japanese knotweed will know that it’s presence can significantly impact the conveyancing process. Indeed there are no conveyancing or environmental searches that detect the presence of Japanese Knotweed. The implications are serious, insurers may not insure and lenders may not lend, indeed the damage to drainage and property footings by this plant can be serious.

To make things more complicated a seller of Property is obliged to disclose the presence of the plant if known, but sellers are best advised to take out a RICS Home Buyers Survey as Surveyors are trained to identify the plant. If they fail to do so then the surveyor would face the risk of a negligence claim.

There is now a revised Property Information Form called TA6 which states the following: “Japanese Knottweed is an invasive plant that can cause damage to property. It can take several years to eradicate.” The form then requires the seller to give a warranty as follows:  “Is the Property affected by Japanese Knotweed?” Yes/No or not known. The seller can of course say ‘not known’, however, a  well advised buyer will think that the seller is hiding something. This can delay a transaction where the solicitor on the side is not pro-active but rather re-active, even in some cases the transaction could be aborted altogether. A client is best advised to reply as follows “No, however, no warranty is given in this regard and it is recommend that the buyer instruct a suitable RICS Home Buyers Surveyor to provide an accurate answer to this question”. This answer will help stave off any claim for misrepresentation and damages that may arise after the transaction is completed.

Japanese Knotweed is an ornamental plant which was introduced from Japan in the 19th century by the German born botanist, Phillipp von Siebold. A strong growing perennial, its stem growth is renewed every year by strong and deep penetrating rhizomes (creeping underground stems) which can grow through concrete.  Although it doesn’t produce seeds, it does spread rapidly and easily overwhelms other garden plants.

The trouble is that Japanese Knotweed is not susceptible to any known native diseases or has any predators in the UK. It can also grow incredibly fast and high (up to 3m in depth and 7m in all directions)!

It is estimated that Japanese Knotweed is found in about 9.2% of all rivers and canals in Britain. Essentially, it is blighting properties all over the country and when found, can take 3 years to eradicate at a cost of approximately £6,000.00. Knotweed costs the UK economy over £166 million per year for treatment and in home devaluations.

Under the provisions of the Wildlife and Countryside Act 1981, it is an offence to cause Japanese Knotweed to grow as a wayside weed. The reason the Act makes provision to deal with Japanese knotweed is that, once growing wild, it is often spread via topsoil movement or construction traffic, causes possible damage to foundations and drains and, it is estimated, can increase construction costs by at least 10%.

There are ways of dealing with this pesky problem but none of them are 100% satisfactory:

Non-chemical controls: Digging out is possible but, since Japanese Knotweed can penetrate up to 10 metres below the ground, regrowth usually occurs. If this method is used, then it may take several years of destroying the regrowth to eradicate the fast growing weed.

Biological controls –A trial is taking pace whereby a plant sucker, known as a psyllid, is being released in the UK as a biological control for Japanese Knotweed. If successful it will be released more widely and will become widespread in Britain over the next five to ten years by natural spread.

Chemical controls – the best chemical solution appears to be a glyphosate based weedkiller applied to the canes of the weed.

There are also problems of disposal – under the provisions of the Environmental Protection Act 1990, you must dispose the waste at licensed landfill sites and this must be done by licensed Japanese Knotweed contractors – never allow the weed to be included in normal rubbish or green waste collections as it can spread throughout the ordinary landfill sites.

A legal palliative: – You can take out indemnity insurance against this epidemic– this covers the owner and any mortgage company involved and provides a £20,000.00 level of indemnity so, if Japanese Knotweed appears within 5 years, surveys and/or remediation costs, repair works and legal fees and loss of market value are covered.

Be warned – Japanese knotweed is amongst us and is a danger to all properties.