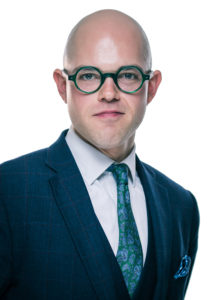 Should your status as a Diplomat allow you to harm your children without child protection agencies being able to intervene?

Following allegations of very serious physical and emotional abuse of two of the family’s six children, the unidentified local authority issued applications for Emergency Protection Orders in the High Court. These are public law orders enabling a local authority to immediately intervene to place children in foster care or with another family member.

This was the first case in this country concerning a serving diplomat (as opposed to a former diplomat or a member of a mission’s staff) where the issue has had to be considered. Initially the learned judge directed the local authority to withdraw their emergency application due to the Father’s diplomatic immunity, however the Judge also strongly reprimanded both parents to restrain their use of physical chastisement.

In this case the parents were able to avoid care orders being made based on their diplomatic immunity, the proceedings could not proceed and had to be stayed.

The matter returned to court on a significant legal point raised by the children’s guardian as to a declaration under article three of the Human Rights Act.

Following the last hearing further allegations of serious physical abuse had been made by the elder children against their parents and four of the children had fled their parents home and sought political asylum.

By this time the parents had left the UK on a chartered flight with their two youngest children.

As a result, the youngest child that had fled (A) was made subject to a care order.

This goes to show that even in the most extreme circumstances and situations, diplomatic immunity, a practice which has existed since Roman times, will normally be upheld.

Our family law team have dealt with a multitude of complex public law cases involving an international element and would be happy to advise and assist you, please call 0203 219 0145 for more information or to book an appointment.