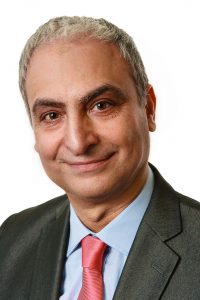 The first issue is less problematic as practically in all commercial leases the extent of repainting obligation of the tenant coincides with the extent of the premises.  The tenant will usually be responsible for repairing the demised premises and the landlord will maintain the exterior, structure and common parts of the building and recover the cost of doing so through the service charge.

The second issue is usually the area of a dispute between the parties of a commercial letting. Conventional commercial leases require the tenant to “keep the property in repair”. The additional wordings of ‘substantial’, ‘good’ and ‘proper’ add little in clarifying the standard of repair. But a covenant ‘to put and keep the property in good and substantial repair’ should be considered to be above and more than a mere repair which require the tenant to carry out repairs from the start of the lease.

The courts have interpreted the standard of repair to be based on several factors such as property’s age and character and the environment in which the property is located. Thus, for example, the standard of repair for a Victorian property and a property which was built in 2010 in London will be very different. In the former one has to take into consideration the original style and material used in the building but this may not be as important in the newly built property.

The courts have also made it clear that the tenant’s repairing obligation includes elements of renewal. This is particularly relevant when the property in question is old. The tenant cannot argue that because of the age of the property the tenant cannot be burdened by a full repairing covenant. In such cases, it is prudent for the Tenant to insist on a Schedule of Condition– setting out the state and condition of the property in the form of photographs and descriptions at the time of the letting – to be attached to the lease. The tenant will then not be liable for the repairs of the property as set out in the Schedule of Condition.