NEW HMO RULES 2018 – THE GOVERNMENT GETS TOUGH ON HMO OWNERS

This Government has for a long time now had a stated intention of getting tougher on Landlords who rent out unsuitable accommodation to large numbers of people.  Until now HMOs were largely defined as properties of three storeys or more with five or more people making up two or more separate households residing within them.  These were largely used by students, migrants and young professionals on low incomes.

Because the demand for HMOs has been significant Landlords have tried to avoid the mandatory Licensing provisions by letting out HMOs to properties with fewer than three storeys.   Accordingly, you can have a two storey terraced house with three bedrooms and two reception rooms being turned into five small studio flats.

HMOs are known to be potentially dangerous accommodation with an increased fire risk and due to the fact that you are dealing with larger numbers of households there is an increased amount of rubbish which can lead to infestations and health and safety problems if rubbish disposal is not properly dealt with. 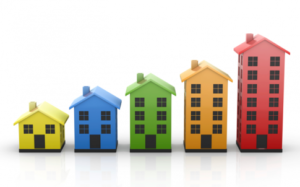 In April this year new legislation was approved (changing the definition of what is a HMO) so that mandatory HMO Licensing is now relevant to HMO properties which are less than three storeys high.

Under the new conditions a building will be  a HMO albeit less than three storeys high if it has two households comprising of 5 or more persons and which either share a basic amenity, or the living accommodation is lacking in basic amenities.   A basic amenity can be a toilet, personal washing facilities or cooking facilities.    Landlords should be very cautious to check whether a house could be defined as a HMO because if they run such accommodation without a Licence this could lead to prosecution and a limited fine.  Alternatively, the Local Housing Authority may impose a financial penalty up to £30,000.00 as an alternative to prosecution.

In relation to the room sizes a list has been provided in Guidance provided by the Government in June 2018 saying that the minimum sleeping room size for a person over ten years of age is 6.51 sq. m for two persons over 10 years of age 10.22 sq. m and for one child under the age of 10 years 4.64 sq. m.   Again, breach of these requirements may result in prosecution.

Further sanctions are put in place for waste disposal and after the 1st October 2018 Licences issued to HMO owners will require compliance with Council storage and waste disposal schemes.   Failure by Licence holders to comply with a Waste Disposal Scheme would be regarded as a breach of the Licence and a criminal offence.

In the circumstances Landlords would be well-advised to seek further guidance on the new legislation and the Ministry of Housing Communities & Local Government guidance on the same.   Simply carrying on as they have done in the past could easily result in problems and at worst a prosecution.    Oliver Fisher Solicitors are experts in Houses in Multiple Occupation and Residential Property Licensing and should you require any further information please contact Russell Conway or Arman Khosravi for further advice.

If you have any question or simply wish to find out more about Oliver Fisher’s Housing Law services then please contact Russell Conway on 0203 219 0145 or Arman Khosravi at arman@oliverfisher.co.uk